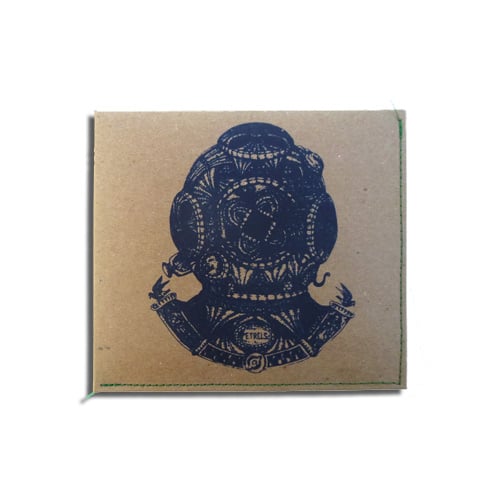 Haeligewielle tells a forgotten story, buried underneath the stones and water. The debut album from Petrels is a swirling cataract of a record, a deluge of beautiful noise and crushing melody, which ebbs and flows beneath the surface.

Utilizing bowed strings, discarded electronics, found percussion and occasional vocals, the record unfolds over seven tracks and fifty minutes, from the portentous drone of the opening After Francis Danby and shimmering Silt through the work-song-like Concrete and cascading rhythm of Winchester Croydon Winchester.

Petrels paints a wildly ambitious narrative over the course of the tracks, charting a story that is both musicial and historical, never being weighed down by the context, remaining buoyant as the listener gasps for air. Familiar sounds are rendered anew, scrapes of cello blend beneath analogue gurgles, and voices strain to be heard.

Available in a beautiful screen-printed sleeve in custom Tartaruga packaging, the first (sold-out) pressing was just 100 (full glass-mastered CDs), followed shortly after by a second run of a further 100 CDs, also individually numbered.